You are here: Home / Sari / Sarees

Say the word ‘sari’ and the picture that pops into your head is of a beautifully worked-on cloth wrapped sensuously around a woman’s waist, petal-like pleats cascading down the middle; the torso sports a fitted, elegant bodice beneath the loose end of the sari that’s draped over the woman’s left shoulder.

Or perhaps you imagine something completely different – there are at least 80 recorded styles of wearing a sari, depending on your regional, religious, historical, and social affiliations!

One of the best known ethnic garments world-over, the Indian sari has been passed down the generations and across the subcontinent for well over 2000 years now. What was first referred to in Sanskrit as sati or ‘unstitched piece of cloth’ is essentially still the same – a long drape that’s two to nine yards in length and two to four feet in width.

Over time, Indian women have altered and added to their ways of draping the sari to accommodate changes in religious interpretations, royal fashions, and even the colonial sense of modesty. The two main additions have been of the petticoat (variously referred to as lehenga, shaya, chaniyo, langa, pavadai etc.) into which the drape is tucked in at the waist, and the blouse – a short, fitted upper-body garment, usually with short sleeves and a partially to mostly exposed back. The blouse or choli is said to have been introduced back in the 10th century by a line Tamil royals known as the Cholas. The loose end that falls over the shoulder in several styles called the pallava or pallu also comes to us from another ancient Tamilian dynasty – the Pallavas. Most forms of the blouse bare the midriff, as does the modern day style of draping. The navel, NatyaShastra reminds us, is the spiritual origin of life and creativity, making its display in sari-drapes significant.

The first recorded instance of someone wearing a sari dates back to the Indus Valley civilization, wherein priests wore sari-like drapes. The splendour of saris is noted in many ancient Indian texts apart from the NatyaShastra, such as the Tamil Silappadhikaram and the Sanskrit Kadambari. While Kalidasa mentions the use of a breastband cloth called Kurpasika or Stannapatta, the ancient sari prototype apparently consisted mainly of a decoratively draped ‘dhoti’, with upper body cover being optional. This style gradually developed into a two-piece outfit such as ancient Kerala’s mundumneryathum (a sarong for the lower body and a shawl-like cover for the upper) which was eventually combined into a single piece again, this time draping the entire body. Yet, the current generic form of sari-draping is at least a few hundred years old!

Nonetheless, the sari has gone beyond being a traditional symbol of Indian womanhood to signifying astounding versatility. There are scores of regional styles of draping, each being a unique testament to the cultural creativity of its community. All kinds of cloth materials and forms of design and embellishments have been assimilated into the creation of saris over the centuries. But what’s most significant is that the sari has become a visible force in the world of fashion, while remaining a strong presence in the modern Indian social setup. It’s an equally valid option for a homemaker living with rather conservative in-laws, a chic young actor debuting on national television, a senior executive power-walking into a packed boardroom, a policewoman on patrol, or a fresh graduate posing for the class picture.

How to Differentiate Pure Silk Saris from Imitation Silk

How to Find The Right Petticoat For Saree?

From being the garment of choice for the average Indian women, the sari has Read more

Picking the Right Footwear for your Saree

For the Indian woman, the saree has made a comeback as the garment of Read more

How to Fold and Store Saris

At some point in her life, every Indian woman has to contend with the Read more

India has a rich textile tradition, and the quintessential Indian garment, the saree, has Read more 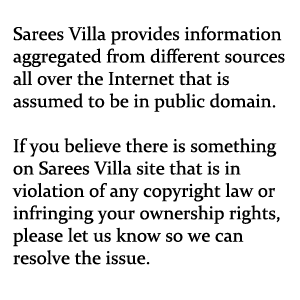